After weeks of writing, editing, and critiques I am finally ready to present the final draft of my Writer In Motion story Not The Grand Tetons. I couldn’t have reached this point without my critique partners from Week 3 or my editor from Week 4 Carly Hayward. Carly had the exact editorial suggestions I needed to put the finishing touches on this short story. Her idea to cut a character made the story stronger and allows the reader to completely focus on the main character Elly.

Reflecting back on this project, I’m really glad I joined. There is no prize, no promise for publishing – the only reason to join Writer in Motion to show a story from shitty first draft to final product and that’s reward enough. I’m happy enough with how this story turned out I read it for The Scheherazade Project (to be broadcast in late October). And now you get to read it here:

Not the Grand Tetons – Final

The photo of the Grand Tetons in the National Park book Elly perused, reminded her of that rusty Airbnb she and Al rented one weekend in the Adirondacks. Advertised as a yurt, the pictures looked lovely, the reviews were great and they looked forward to a quiet retreat. When they arrived they were greeted with a shed-sized, concrete building – nothing soft, round or yurt-like about it. Damn she missed Al.

She ripped the photo out of the book and stuffed it in her bag, she liked to save things that reminded her of happier times. As a librarian she never dreamed she’d destroy books but she was no longer a librarian–she was simply a survivor, a Remainer.

She took her time returning to the shelter, relishing the fresh air, and the broad blue sky. It hardly seemed real that a world filled with such natural beauty could also be infinitely dangerous. She climbed the four flights to her floor in the former dormitory, threw a roll of paper towel to Jim for watching her place, and went into her room.

Dropping her knapsack, Elly pulled out a box of bandages, a tube of triple antibiotic ointment, two more rolls of paper towel, and a Motor Trend magazine. She’d met a man on the bus going west. With his salt and pepper hair, love of classic rock bands, and muscle cars, this kindred soul reminded Elly of her oldest brother, also gone. Elly wasn’t much into cars but thought the magazine might be a good distraction. She threw it onto a pile of other items that would be good distractions.

Five years into the pandemic, the government decided to empty every city. So many had died, Al included. Officials assured every Remainer in New York, Boston and D.C. would easily fit inside Kansas. Every passenger on the trip west had been given thorough exams, background checked and DNA tested. They had to pass each step to qualify for the relocation program. It disgusted her that everyone had to be deemed worthy of their new life.

It took five days for the buses to reach Columbia, Missouri. Rumors spread at every rest stop: there would be no room for them; they were going to prison camps; they’d been tagged during the DNA test, and Kansas only held danger. Elly knew Columbia. Great college town, lots of libraries. She wasn’t one to buy into exaggerations but why risk it? She felt safer on her own anyway. As soon as the bus arrived, she grabbed her bags and headed toward the restrooms, where she stayed in a stall until the bus left. Seemed too easy but it worked.

It’d been six months since she ditched the bus, she found comfort living in a former dorm filled with squatters. She’d secured a spot in a supply co-op when she arrived so she only had to scavenge for supplies three times a month. The rest of the time she stayed inside, mostly.

Loud voices filled the hallway as Elly put away the bandages. She only had a single room so she devised numerous work arounds for storage and protection—she trusted the rest of the residents but not that much. A broken mirror with a frame became a Franklin mirror. With a glass cutter and some plumber’s putty she’d crafted the angled device so she could investigate disturbances in the hallway.

She peered into the mirror. “Dammit!” Three armed men threw people against the wall and showed them a clipboard. Bob Down-The-Hall pointed in her direction.

She had a .22 pistol at the ready and had rigged up a device to hurl household objects at any intruder. With the pull of a string, an office stapler sharpened to a shiv would swing off a shelf and, hopefully, into flesh.

Elly took her position, just as she’d practiced, and waited for the door to be kicked in. Her damp hands were simultaneously on the pistol and the stapler string.

Then came…a knock. Homeland security guys don’t knock. What bullshit is this? Elly shifted her weight and pulled the safety on the pistol.

Another knock, this time paired with an explanation. “We’re looking for Elly Sanchez. We know you’re in there, don’t do anything stupid.”

These knocks baffled her. Why were they being polite? These kinds of visits didn’t end with tea and crumpets. The spot in her lower back where she always felt hot flashes began to warm. She tucked the revolver into the waist of her pants and took a risk. “This is Elly,” she shouted. “What do you want?”

“We need some identification before we can share that info with you. Put your eye up to the peephole.” They scanned her eye and the machine made a familiar beep. “We need a librarian, ma’am.”

“You have a library emergency? What kind of crap is this? Did you guys forget how the Dewey Decimal System works?” She pulled a little tighter on the booby trap string. “I’m not the right Elly. I don’t read.”

A different, deeper, voice came through the door. “We need you to come with us. We’d rather do this peacefully.”

A threat but not one that frightened her. She didn’t know why. Some instinct told her everything would work out so she opened the door. “Can you please tell me what this is all about?”

They didn’t answer. She followed them out of the dorm, to a car. They indicated she should step inside. A woman, seated in a gray suit and a perfect bun at the nape of her neck, held her hand out to Elly and they shook.

“You obviously know the answer to that question. How did you find me?” Elly said.

“We’ve known where you were since you left the bus.”

Elly wrinkled her nose. “Of course you did.”

Miller smoothed her bun. “Enough chit-chat. I’ll get straight to it, you’re the last surviving librarian in the U.S. We need you at the LC.”

Last surviving librarian? Whatever this was, it had gone too far. Elly rubbed her hands on her jeans. “This is some kind of joke, right?”

Ms. Miller pulled out a tablet and showed Elly the headlines. She knew certain professions were wiped out by this virus but she hadn’t heard about the librarians.

Her coworkers, colleagues from ALA, all of them, her whole profession, gone. “This is crazy,” Elly finally responded. “I know nothing about the Library of Congress. There has to be someone else. I know some well-qualified retired librarians, maybe they’re still ok.”

Elly returned to her dorm room to pack up. She took only what she had originally arrived with in Columbia, and the gun. She gave her key to Bob and told him to share her supplies. Then she left and with her few bags and climbed into a van. As they drove away, the doors locked and that’s when she saw it, in small print on the rear window. “Squad 451℉.” 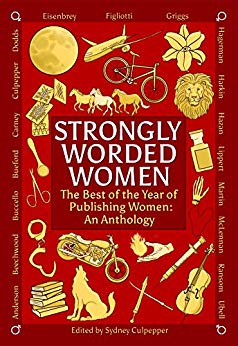